Pins around the rosies

As I mentioned in the last post, I decided to make myself some cute and functional pincushions to replace my old, ugly and generally crappy ones. Here's part two: a comfortable wrist pincushion that protects your arm from getting poked. 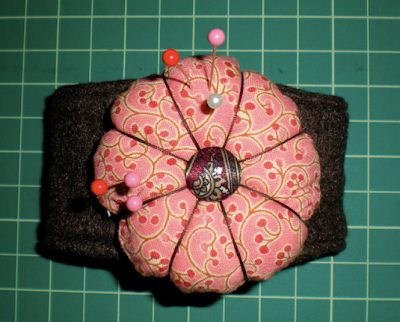 Again - this is a pseudo tutorial - not super detailed, step-by-step, but enough to get the job done for an intermediate sewer.

For the flower: You need two 3.5ish inch circles. (I used the lid to a jar of peanut butter to make the circles.) Plus a decorative button and coordinating embroidery thread.
1. Sew the circles together, right sides together, leaving a 1" hole.
2. Turn, stuff and hand sew closed.
3. Thread a long piece of thread from the bottom, looping around to the bottom again and pull tight to create some pucker. Repeat 4 times until you have split the circle into quarters. Repeat, splitting each quarter in half so you have eight "pedals."
4. Sew button to the top center.
For the wrist band: You need a 2.5 inch wide, 20ish inch long piece of felt, a Cool Whip (or similar) plastic lid and a 1.5 inch piece of Velcro.
1. Fold the felt strip in half. Sew both long sides. Turn right side out.
2. Cut a 2" square out of the plastic lid. Snip off or round corners. Insert the plastic into the wrist band and center. Sew a seam on either side to hold in place.
3. Flip in open end and sew all the way around the wrist band about 1/8 inch from the edge, closing the open end in the process.
4. Sew the loopy side of the Velcro to one end on the top, and the hook side of the Velcro to the bottom of the other end. 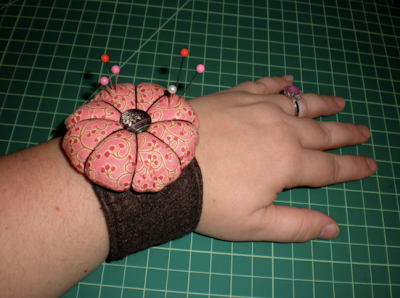 Hand stitch the flower to the top layer of felt on the wristband, centered above the plastic insert.
Posted by Tonya 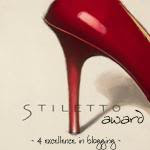 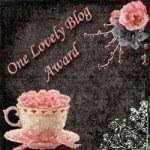